Christmas and New Year's in Iceland

I've been back nearly 3 weeks, and I have been asked several times if I have posted any pictures of our Christmas in Iceland to my blog.  Since this is mostly a paper craft blog, and not a travel blog, I didn't post, but since I posted some in March, and since people have asked, I will post a few pictures here.  (When I say a FEW, this a small sampling of the pictures I took!)  Suffice it to say that the two weeks we spent in Iceland over Christmas and New Year's were magical.

We arrived on Christmas Eve, and in Iceland they have a lovely custom of visiting family and friends on December 24th, and bringing presents.  When the church bells ring at 6:00, the present openings begin, and at least where we were, this meant presents were opened one by one so that all could enjoy.  We stopped opening for a while to have a lovely dinner, and it was all so much fun.  The best part was that after dinner and presents, the Northern Lights paid us a visit on Christmas Eve.  Perfect!

The next day we all went to our dear friends Jón and Inga's house for a beautiful dinner with family.  Jón is our son in law's grandfather, and Inga, his wife, is the one who makes the lovely stone people that I photographed for you all in March when we were there before.  You can view that post here.  After dinner we went to our son in law's other grandfather's house and had a wonderful time with that side of the family, including a rousing game of bingo!

The rest of our visit there was as wonderful as the first two days, including a lava cave tour (one of our Christmas presents from our son in law's mom), and probably the most amazing New Year's Eve I have ever experienced.  Mixed in were lots of days driving around the countryside with Jón as our expert tour guide.  A highlight was getting to see a show by our son in law and his band.  We will never forget this trip! 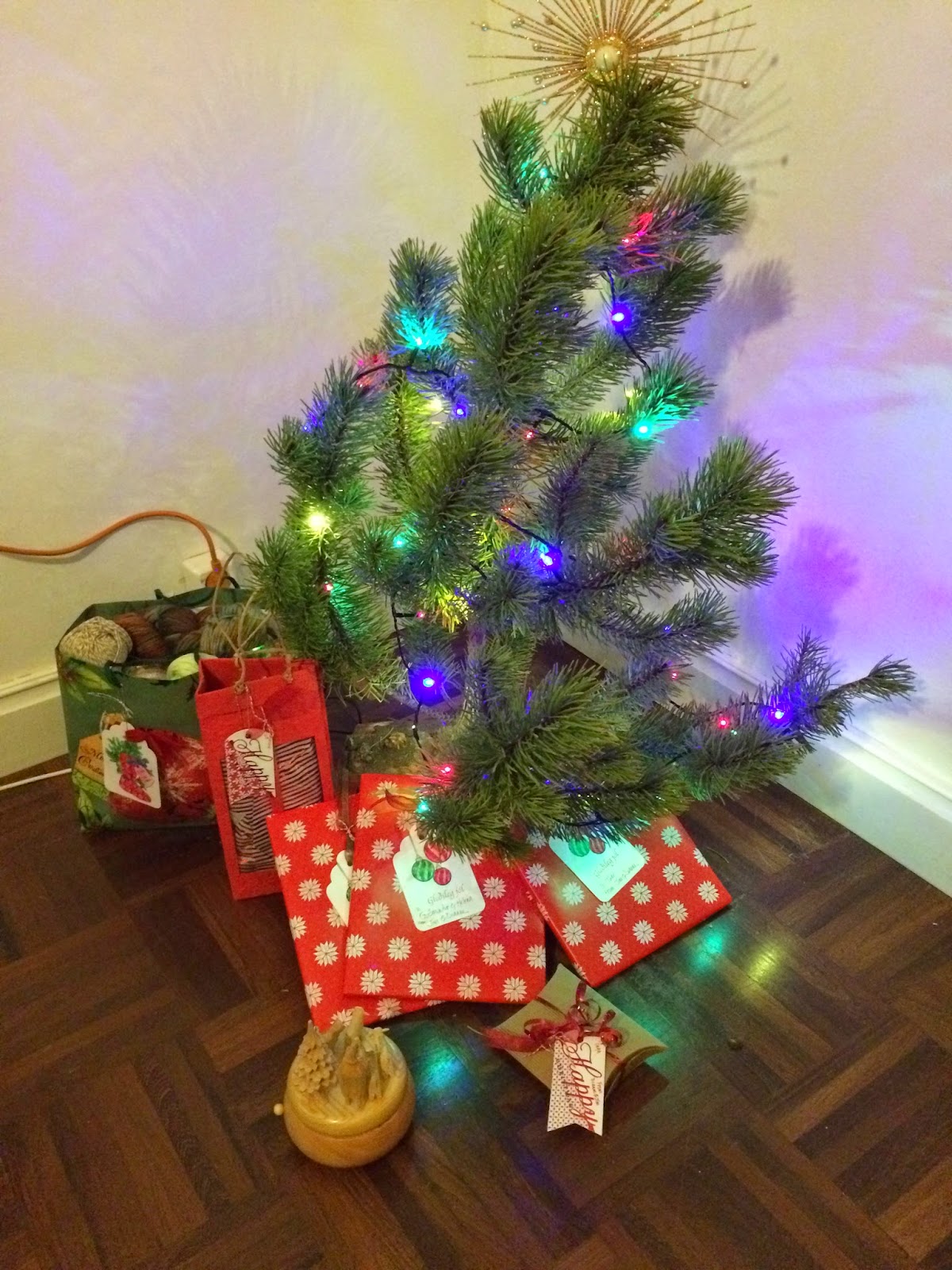 This adorable tree was in our bedroom at the house where we stayed.  Just one of the many thoughtful touches.  We were wrapping presents that we brought, and the tags are some of the many that I brought there to put on the presents.  This is the closest I get to showing actual paper crafting on this post! 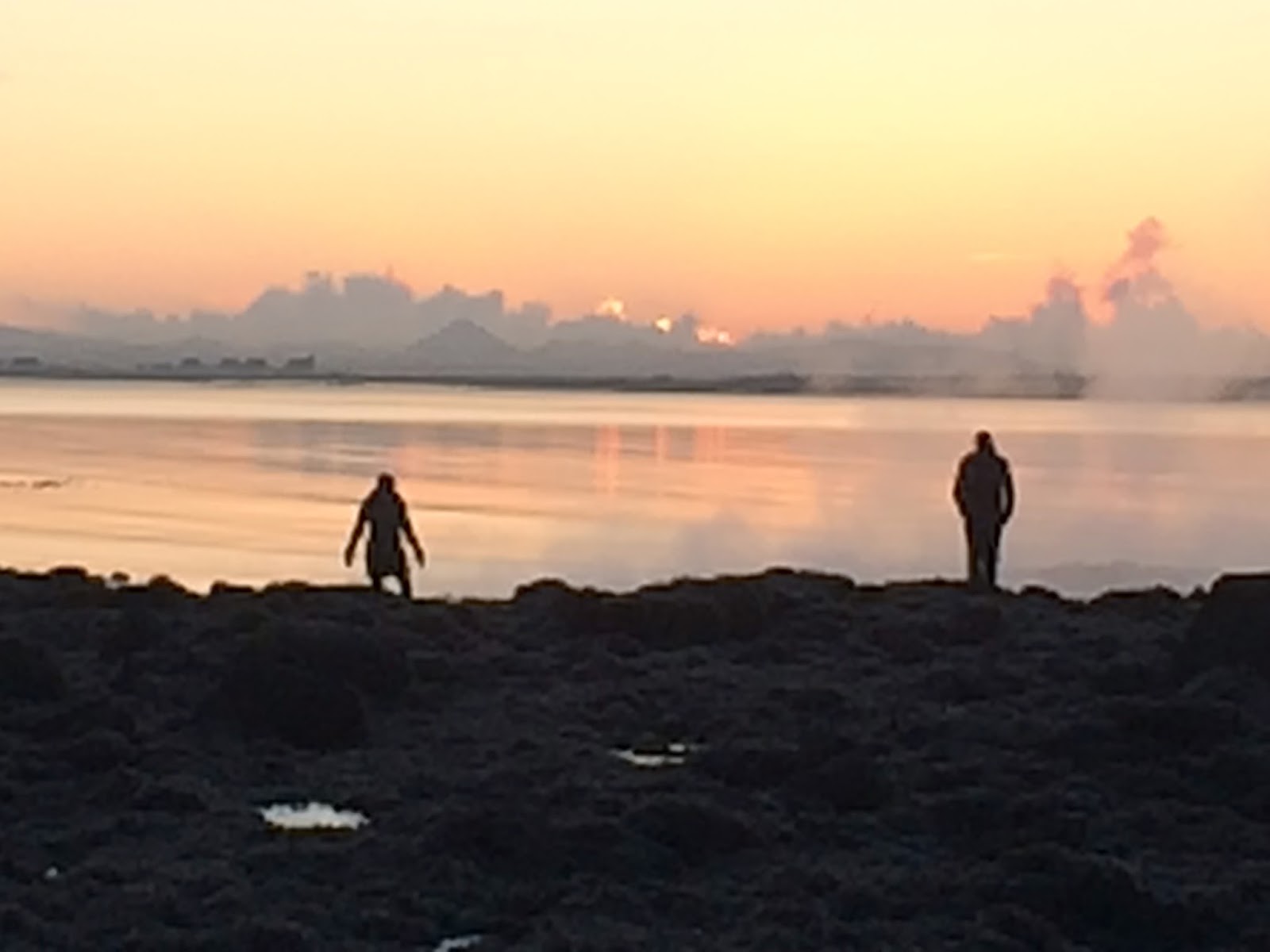 The beach in front of the house where we stayed. 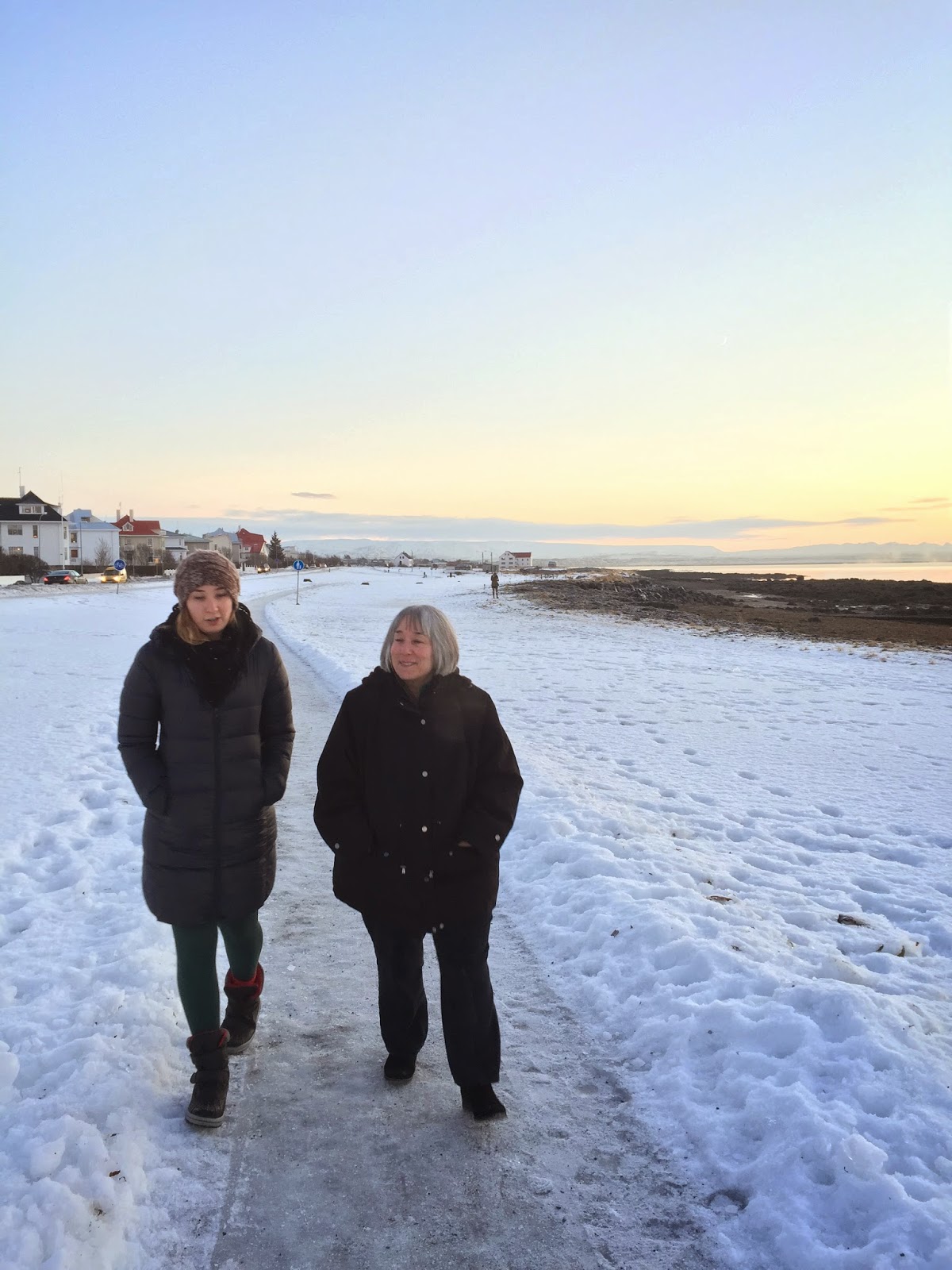 My daughter and I walking along the beach 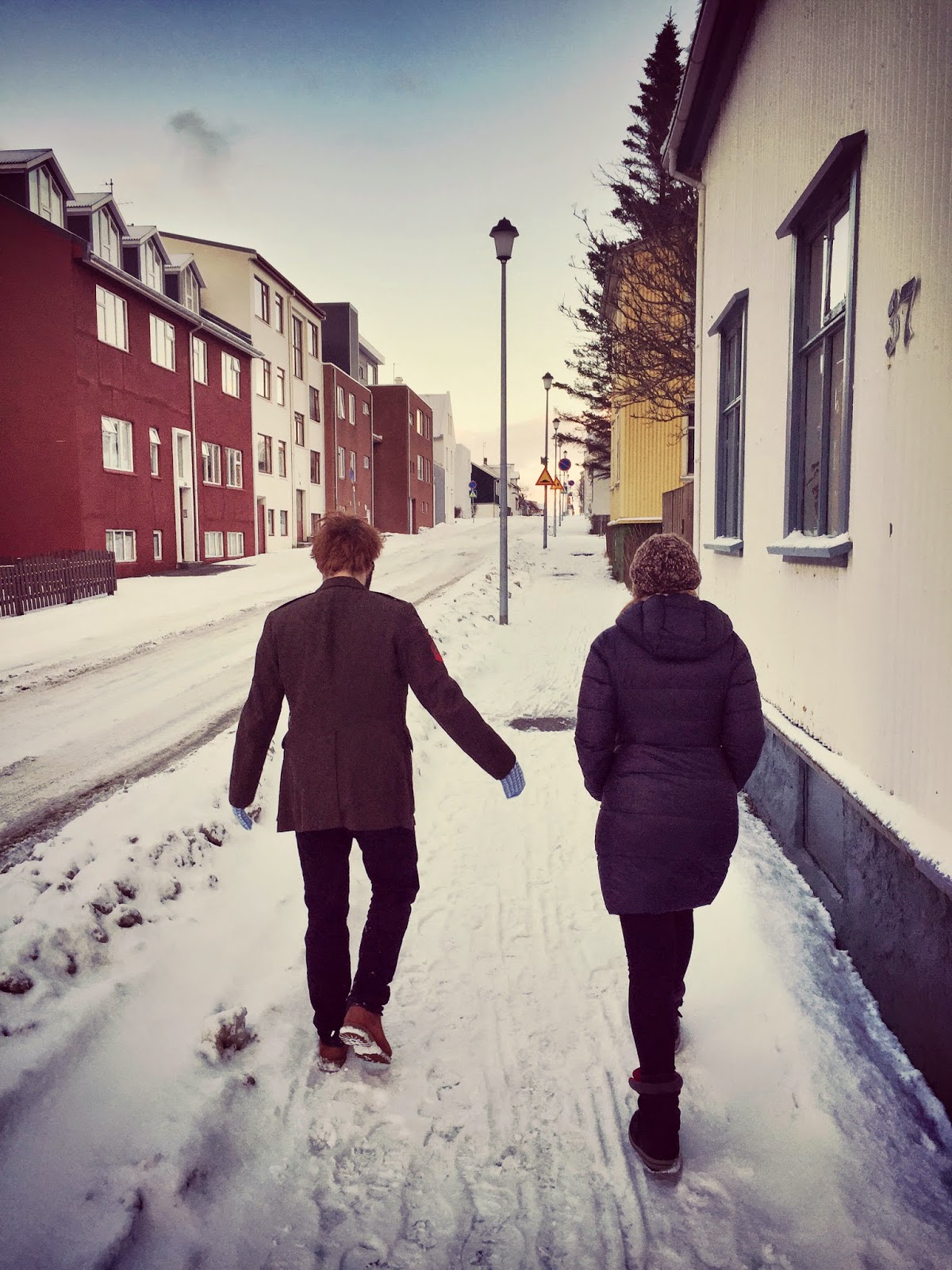 We were all walking down to get a burger.  It was pretty snowy and icy while we were there 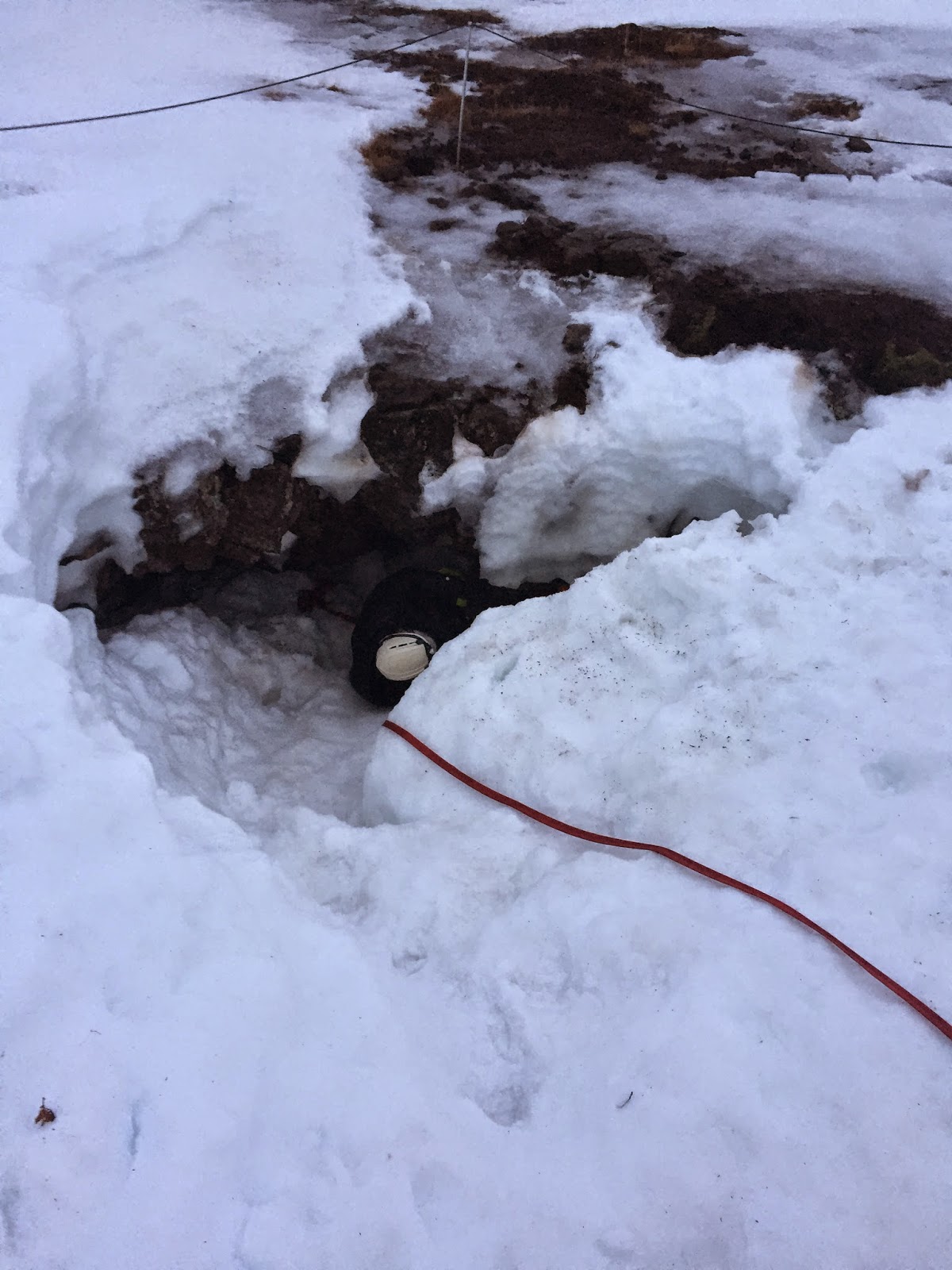 Me going into the lava cave.  We had to slide in on our backs in the snow.  Let me just say Iceland Expeditions is the ONLY tour group to go with!  This was such an amazing gift. 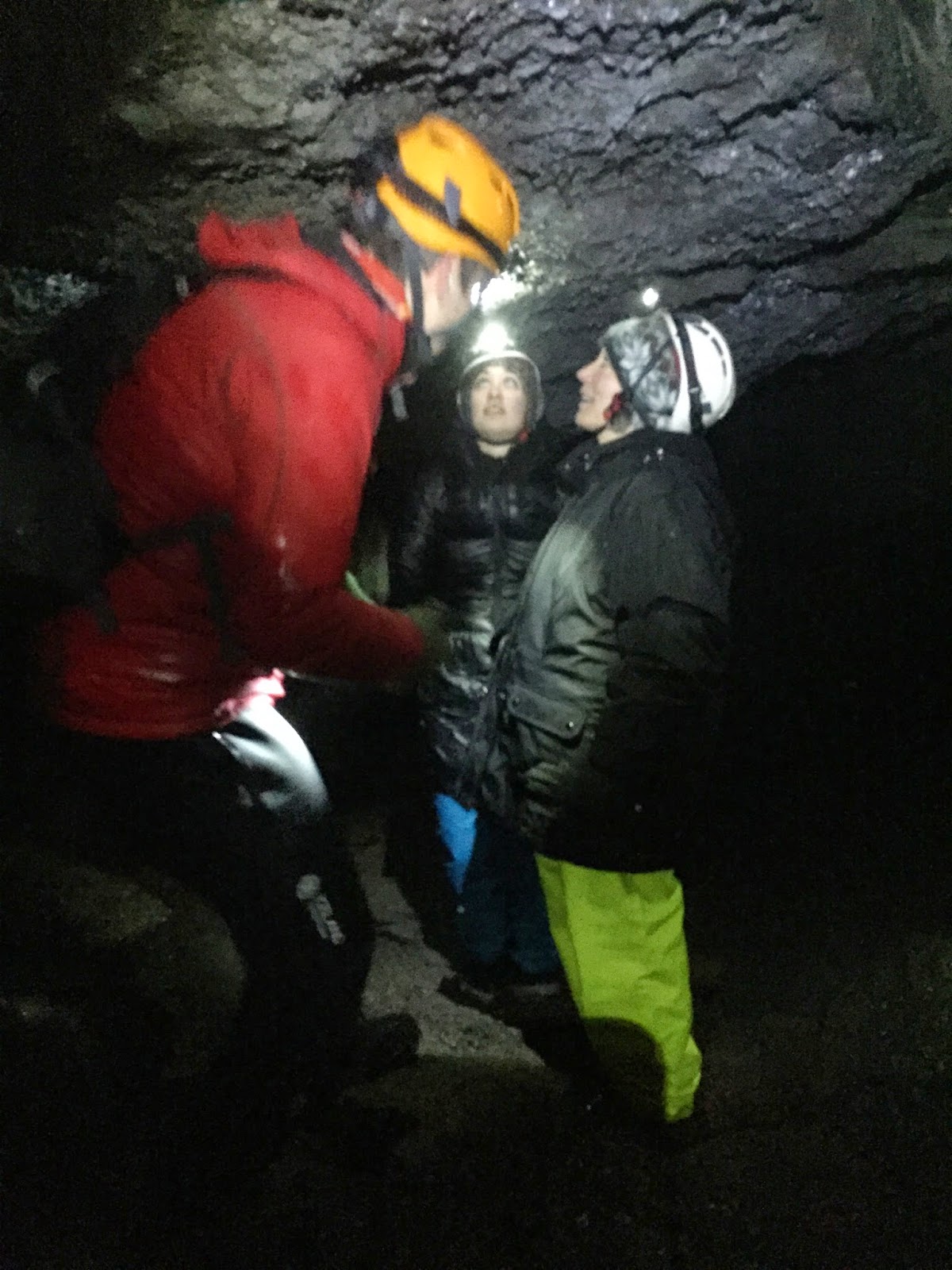 One of the places we could stand up in the cave.  We were looking at the lava drip formations 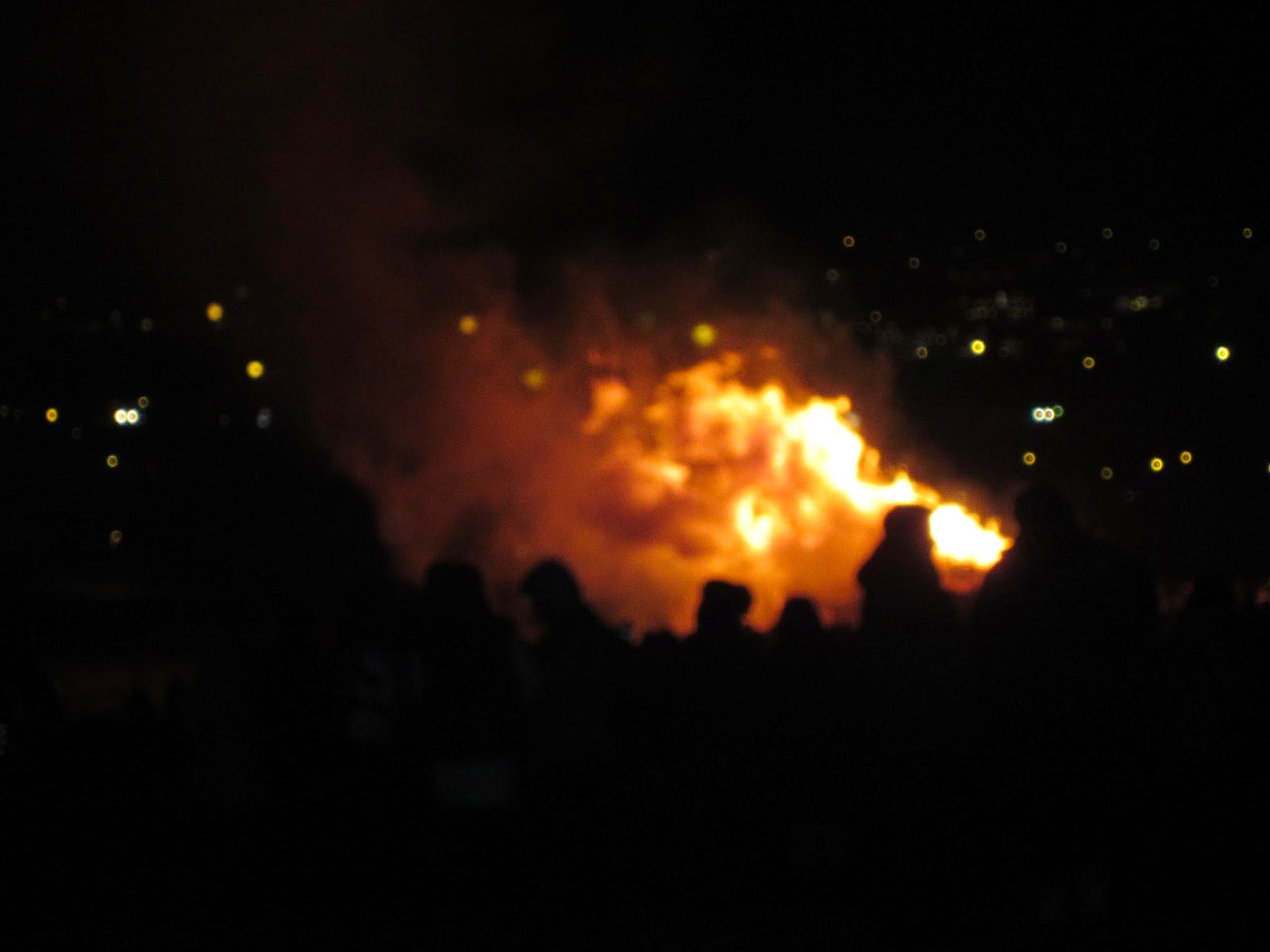 Bonfires AND the most massive fireworks show I have ever seen at New Year's Eve.  Magical! 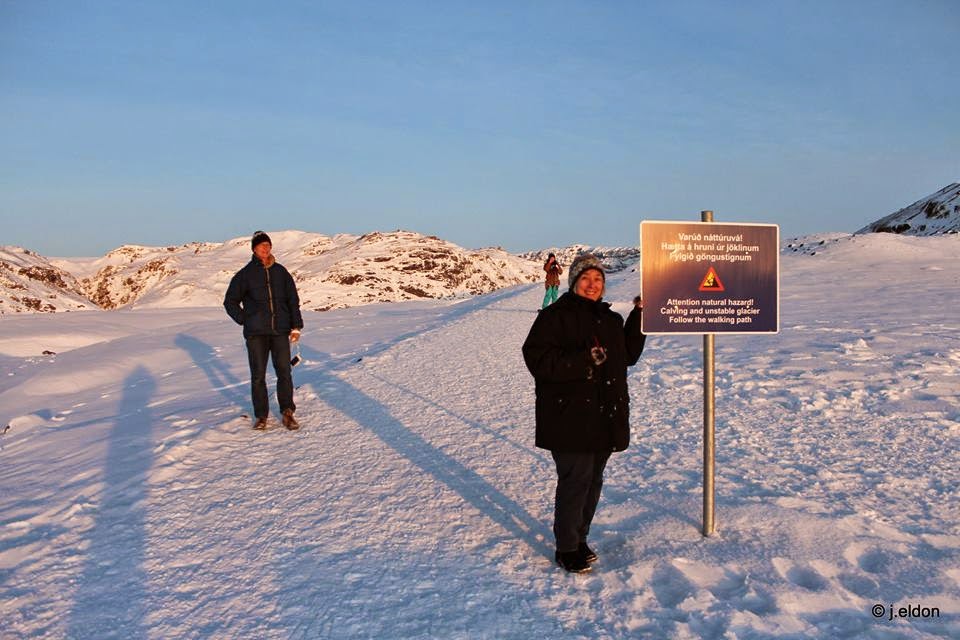 Jón made me pose by this Natural Hazard sign...hm. Coming out of a restaurant that was built at a dairy farm.  The owner/chef came out to watch his daughters practice driving in the snow 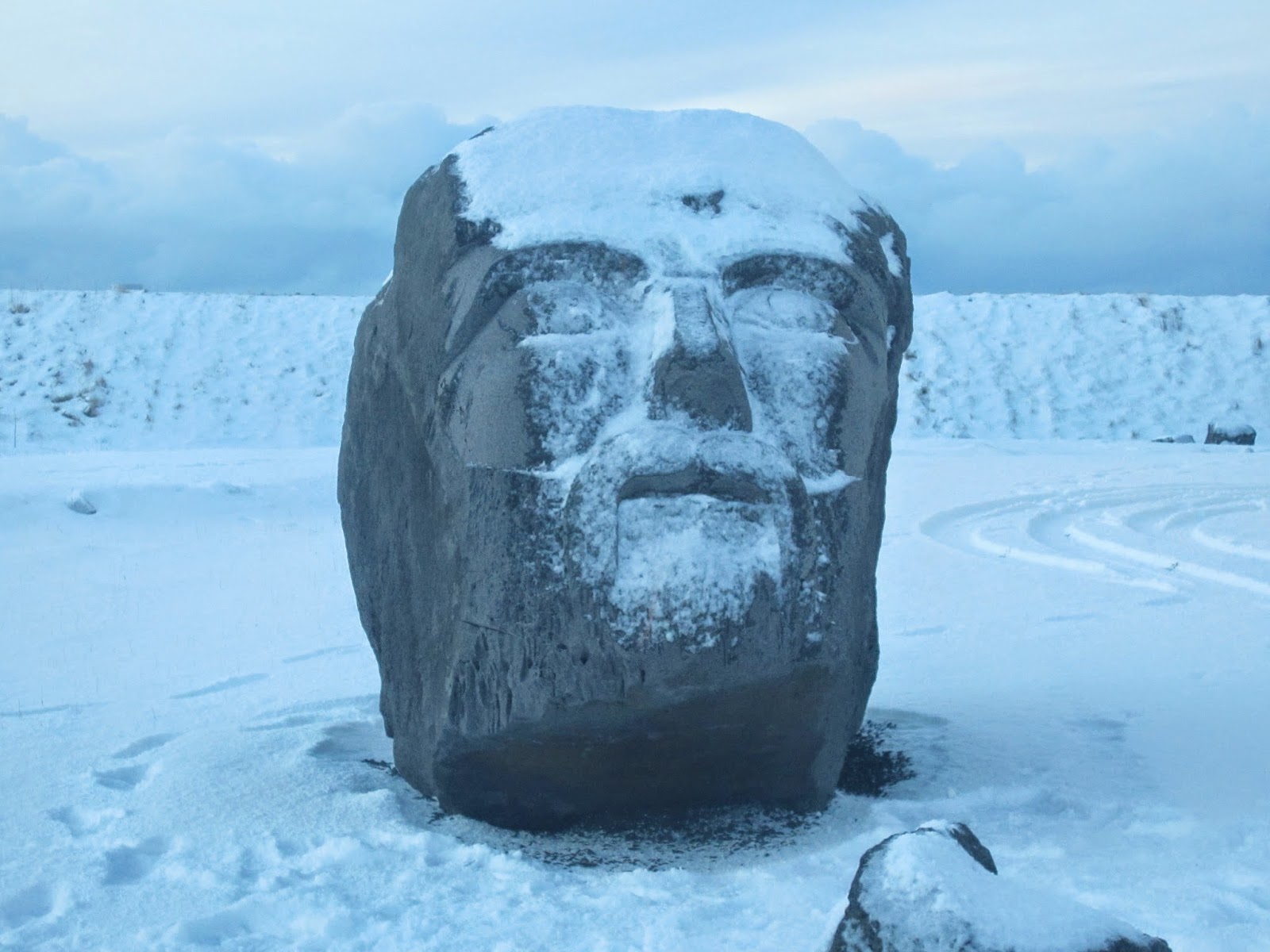 Outside the Viking Museum 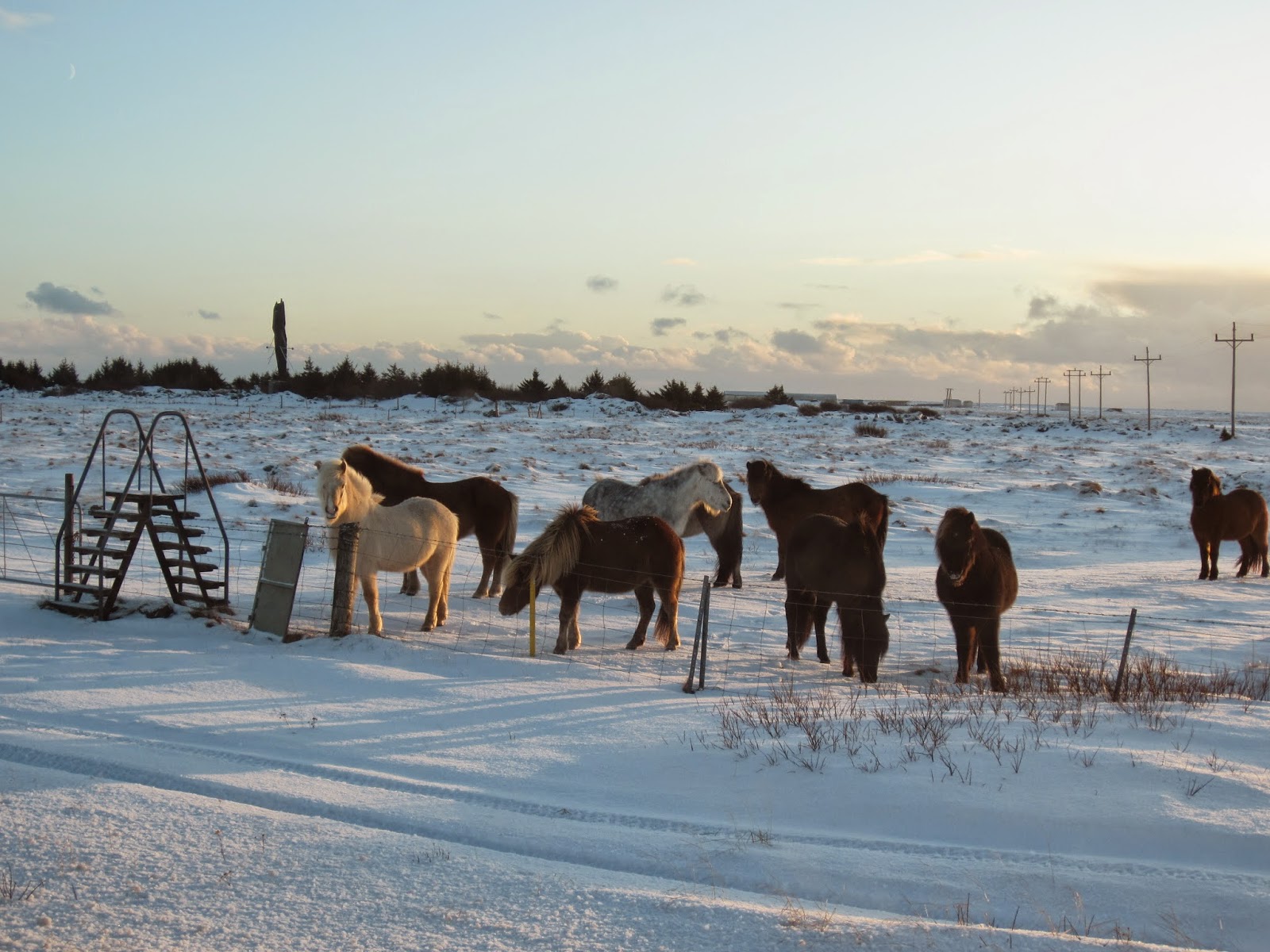 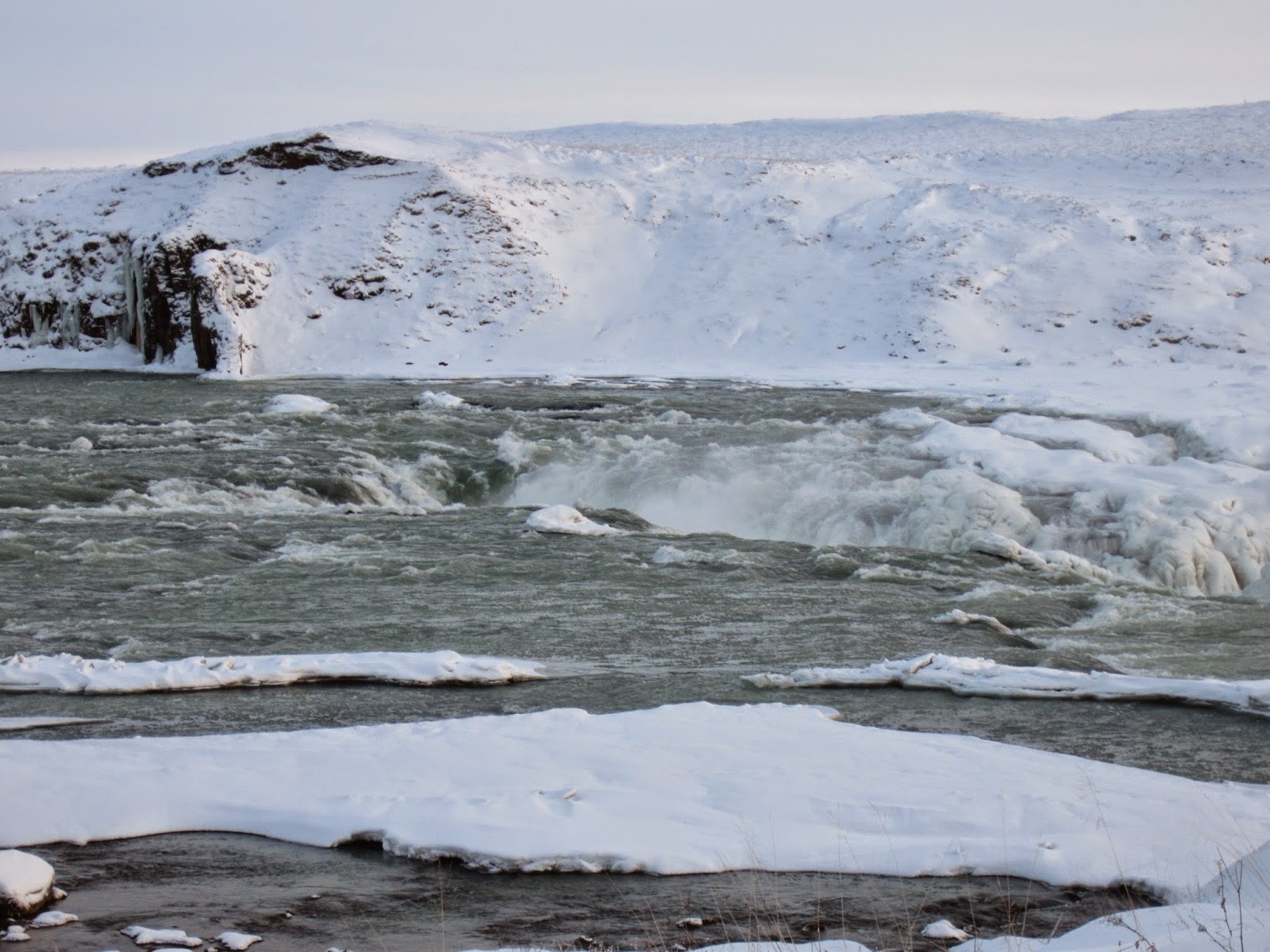 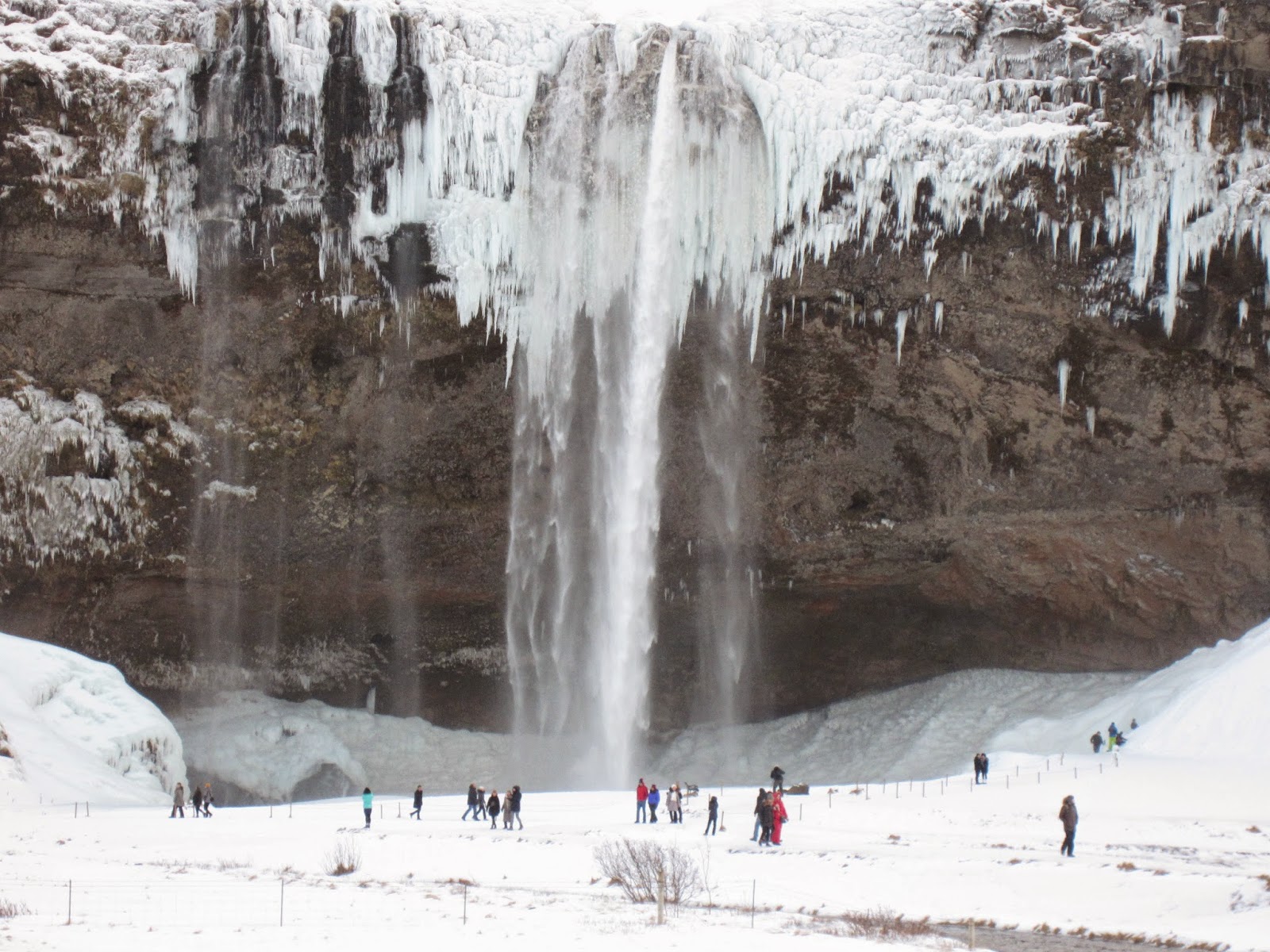 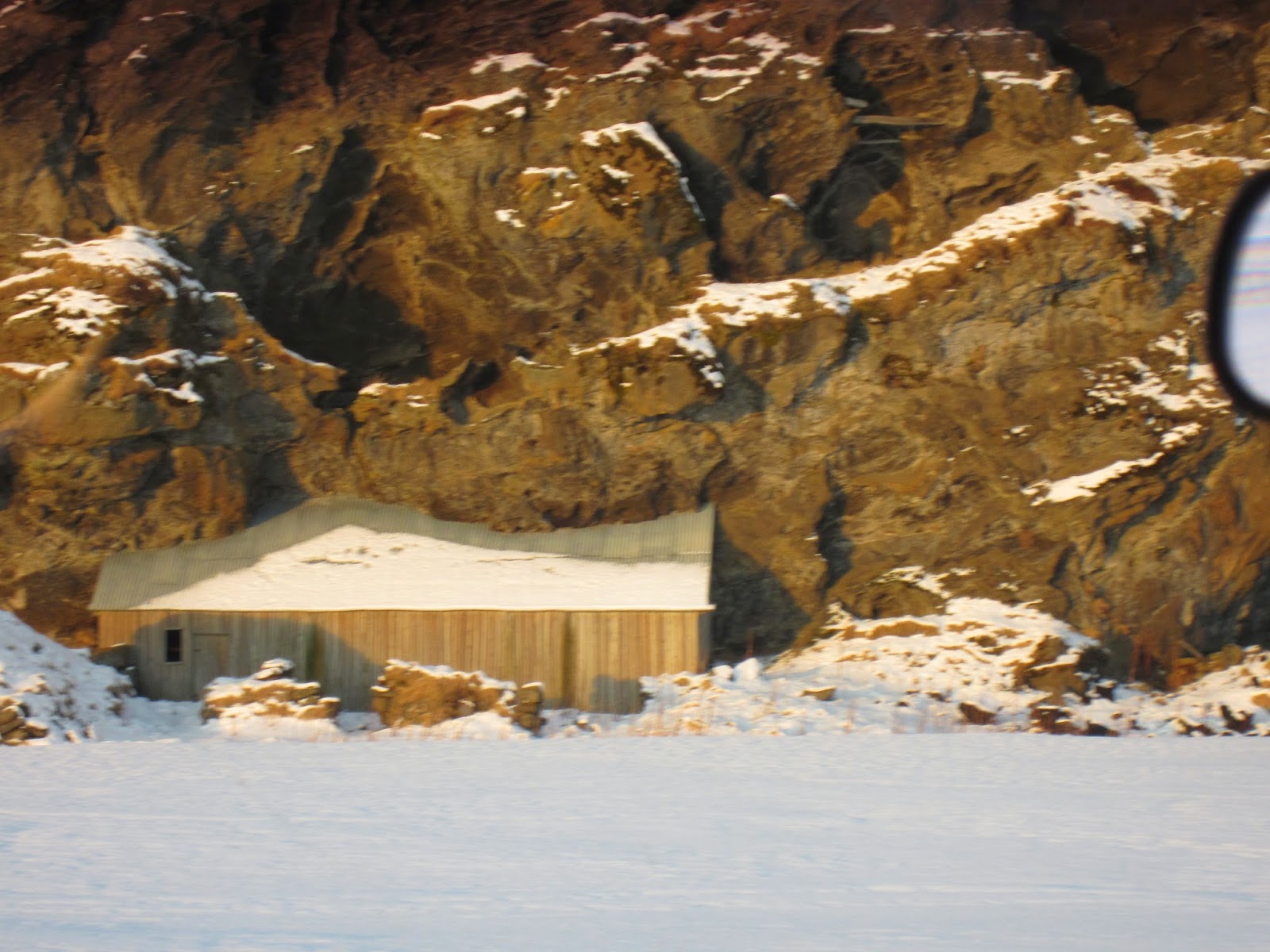 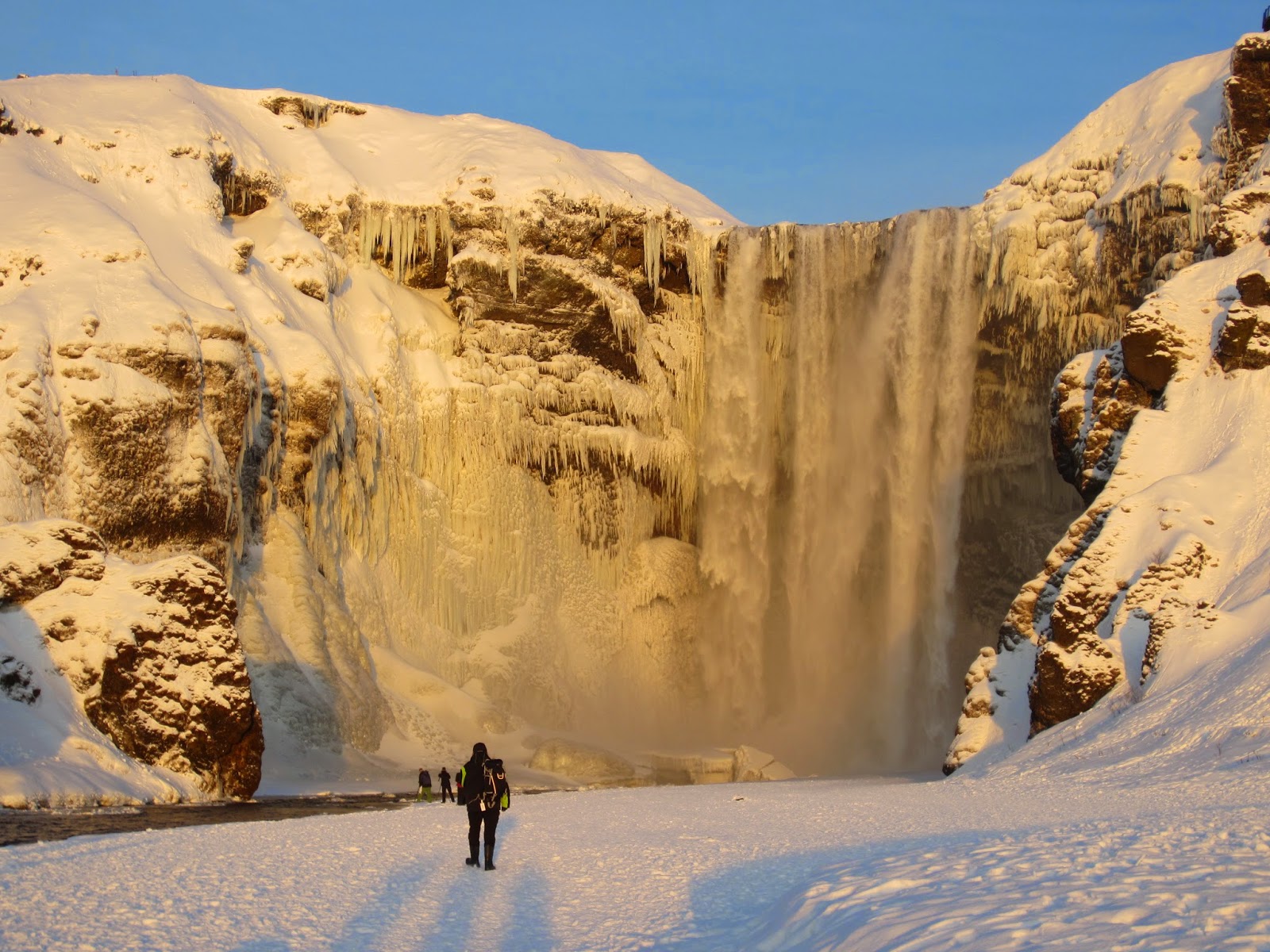 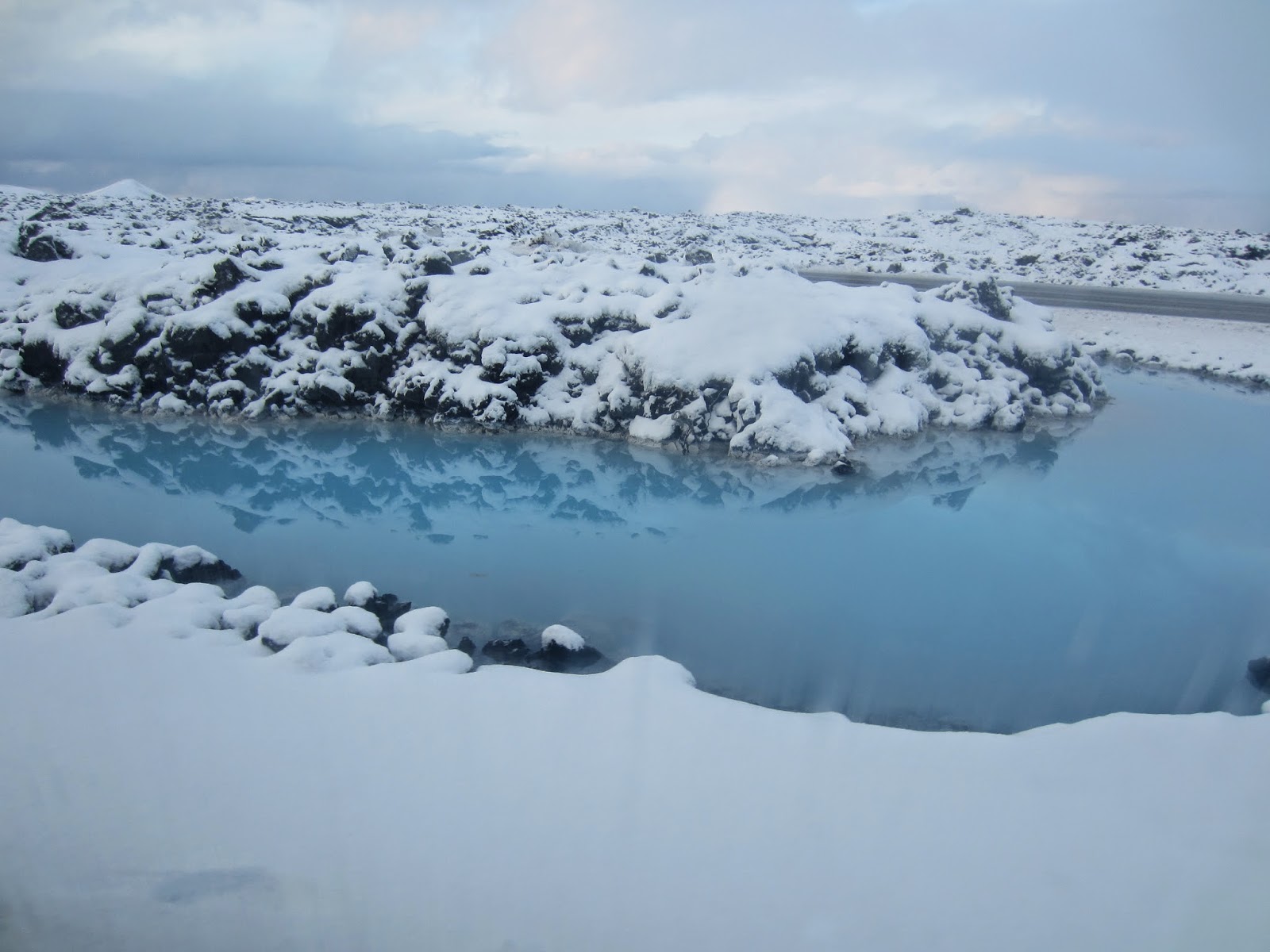 Near the Blue Lagoon.  The water was SO blue 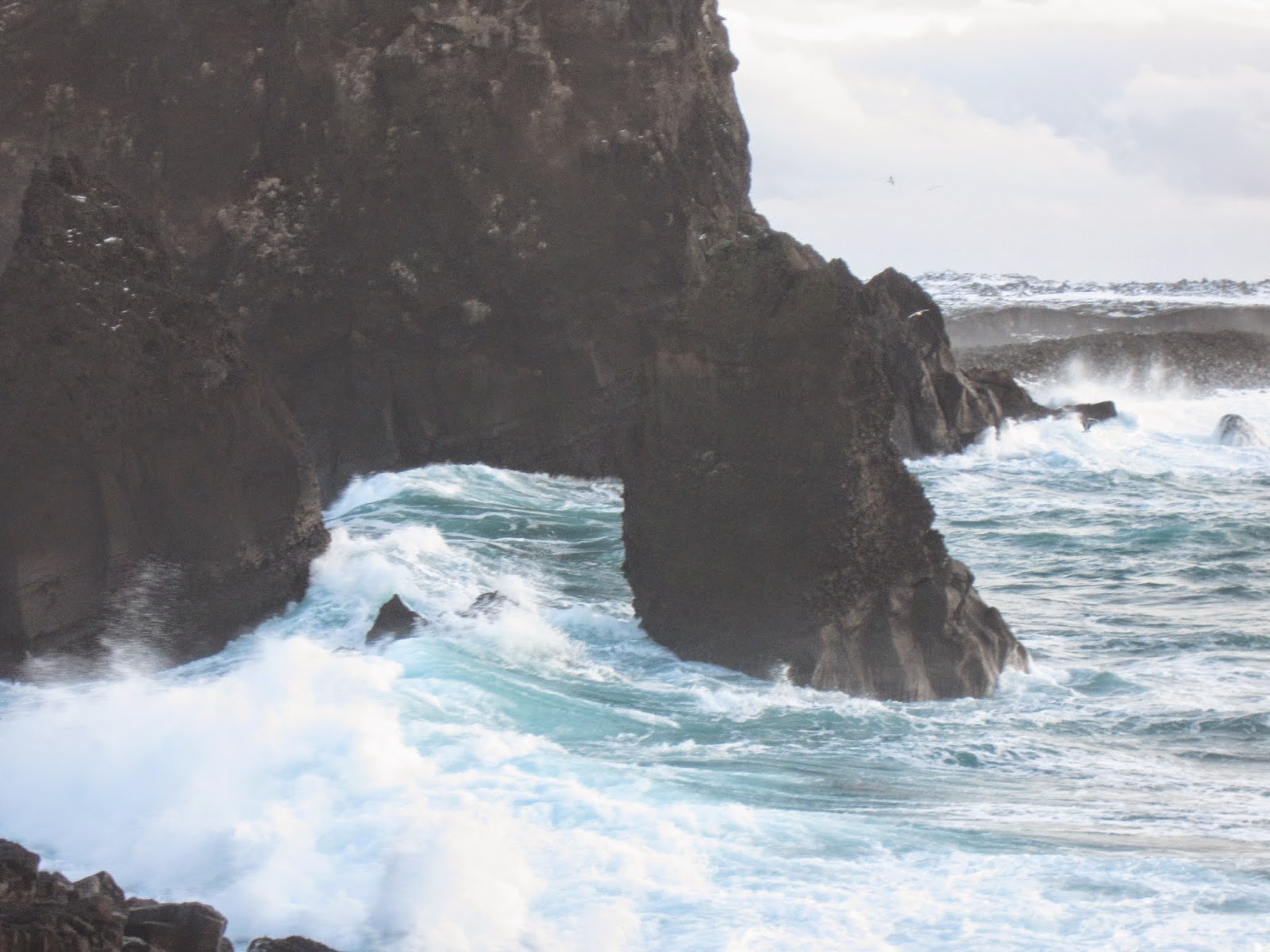 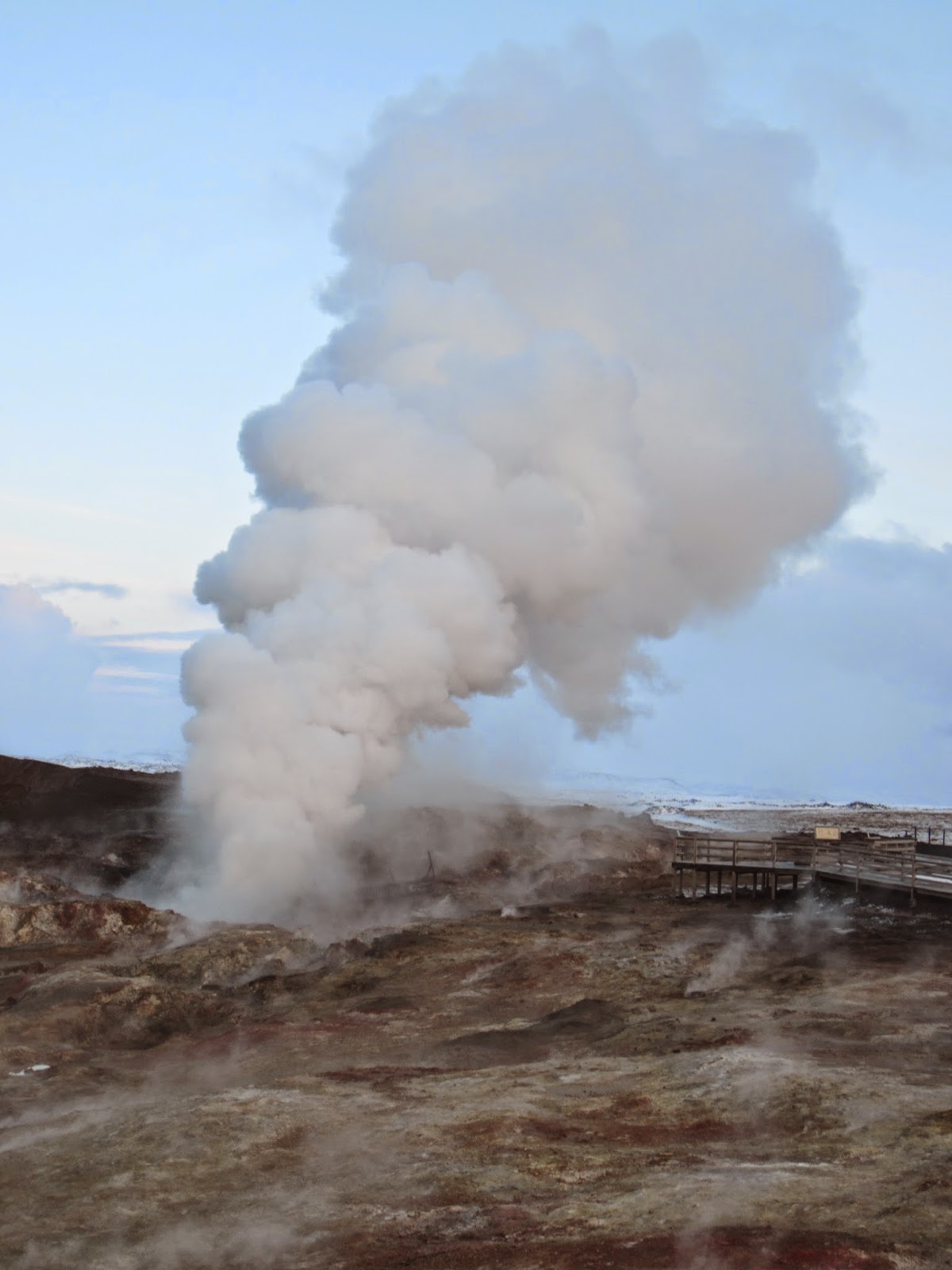 Geothermal area at Reykjanes - one of the many.  It reminded me of Yellowstone Park 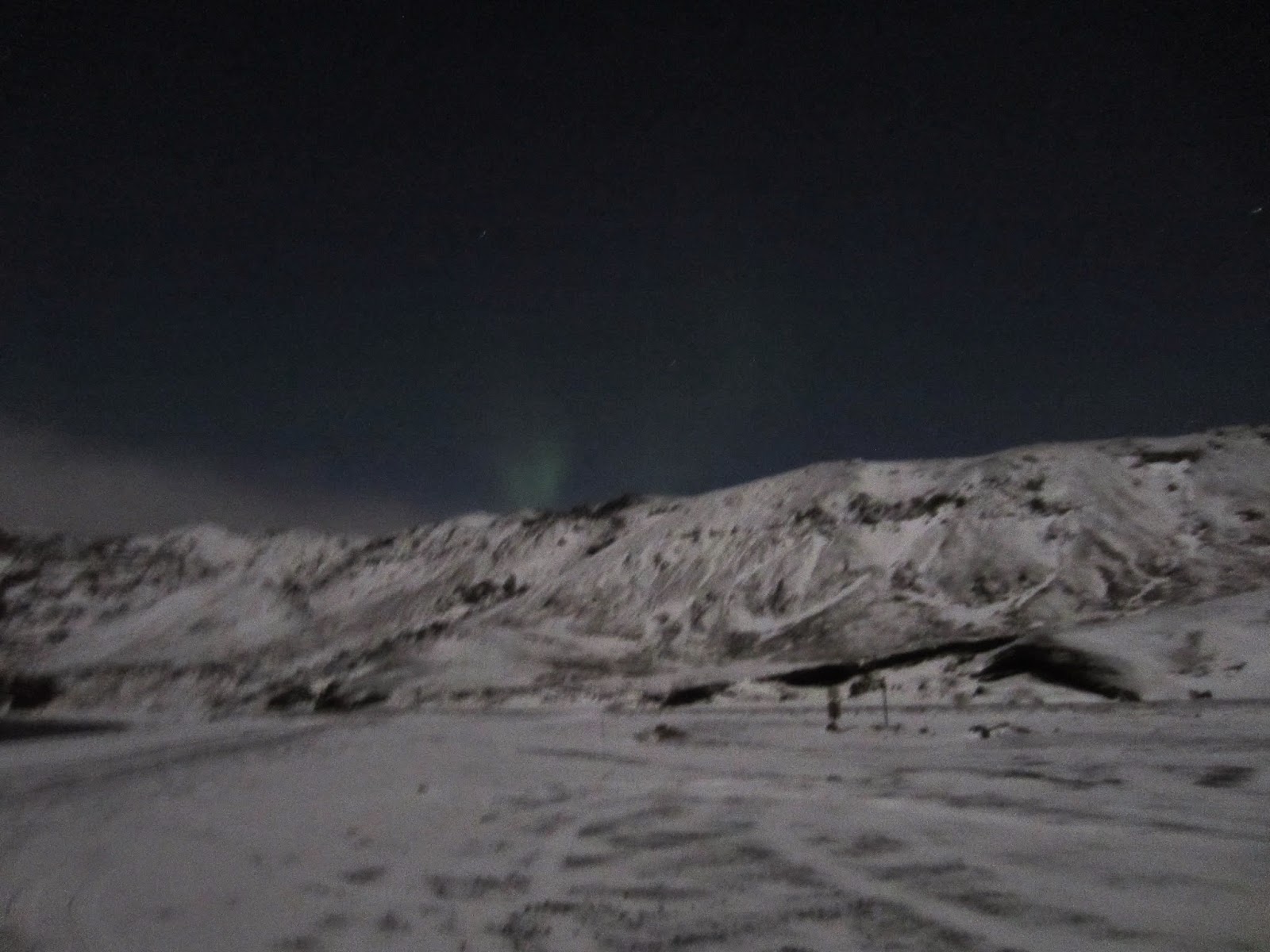 Jón never gave up in his quest to sight the Northern Lights that we could photograph, and on the last night there we were successful

I hope you enjoy these pictures!  I miss being there, and I will go back absolutely as soon as I can.  In the meantime I am trying to talk friends and family there into visiting us here in the lovely Pacific Northwest.  Wouldn't they love our summers?
Posted by Dianne Johnson at 11:43 PM

Email ThisBlogThis!Share to TwitterShare to FacebookShare to Pinterest
Labels: Iceland