My friends Kerri and Tamera brought me a wood tree to tangle on last year, and I had it at Art 'n Soul for a while.  This year, they brought me a very large white plastic egg, that was about a foot high, and about 8" wide at the wide end.  I spent an evening and the better part of a day working on it off and on.  Debbie Gaetz, who has the blog  http://bellacartaatartnsoul.blogspot.com, kindly photographed the egg, which now resides on the Zentangle table at Art 'n Soul  I thought I would post these for you to see. 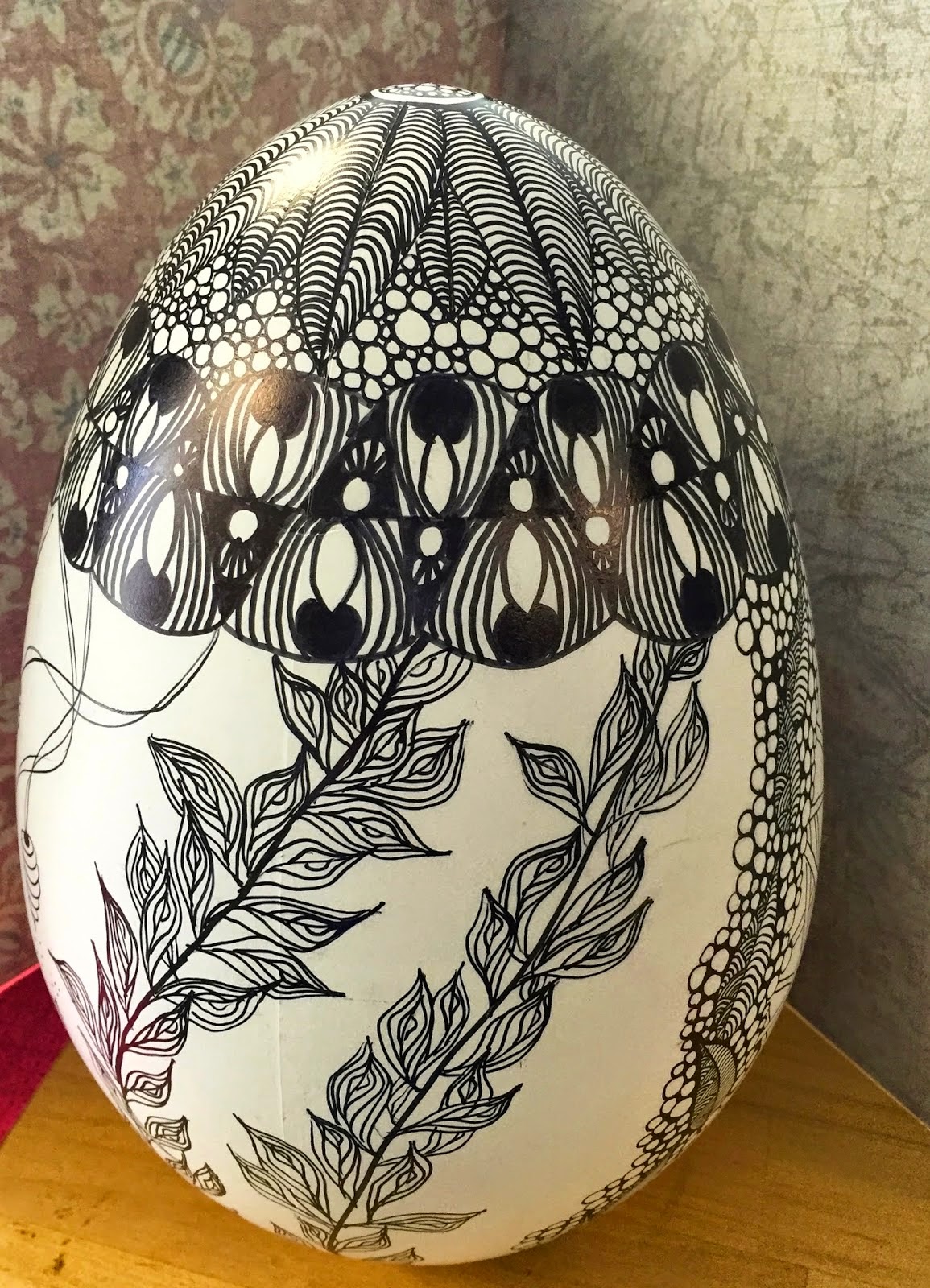 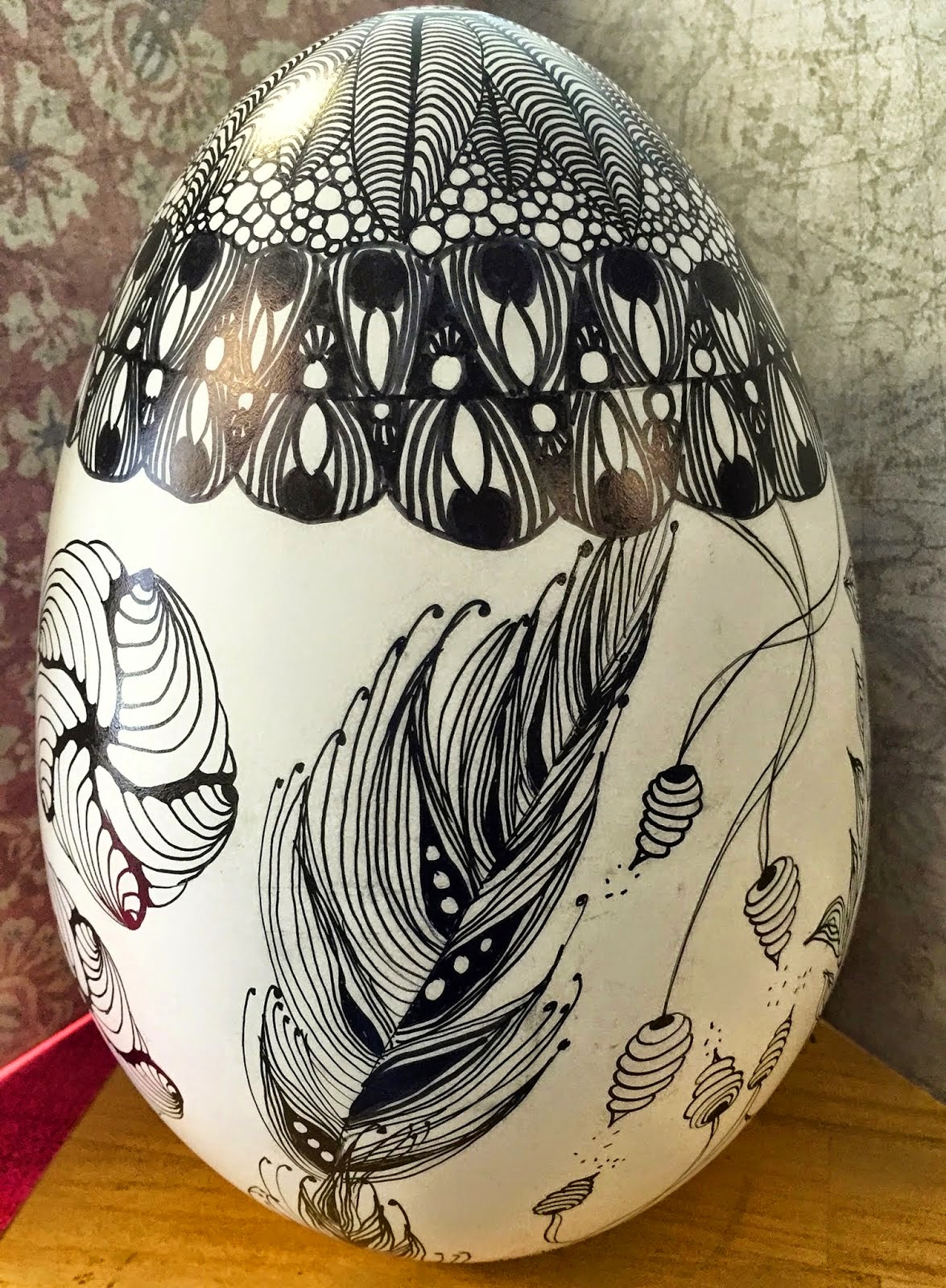 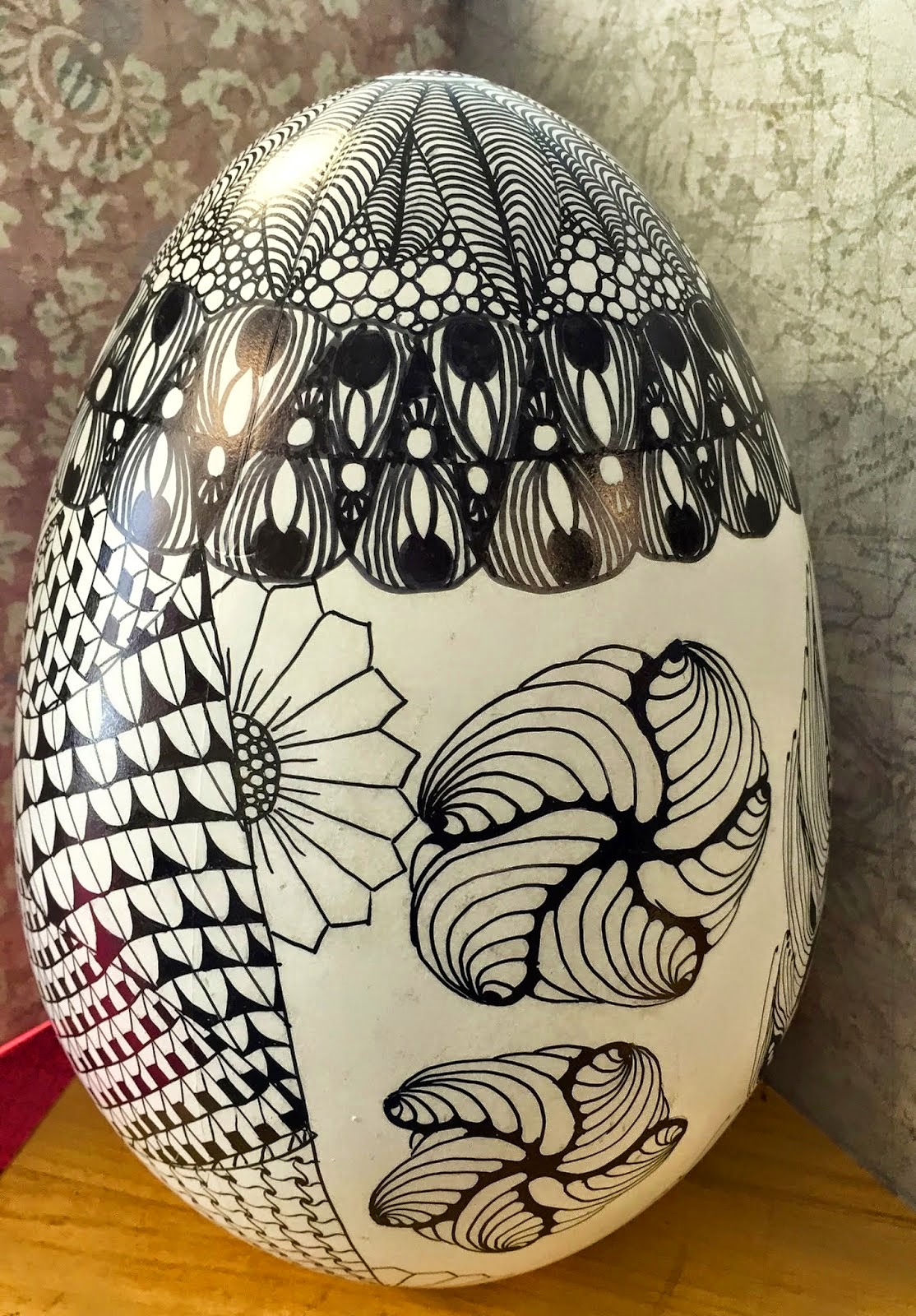 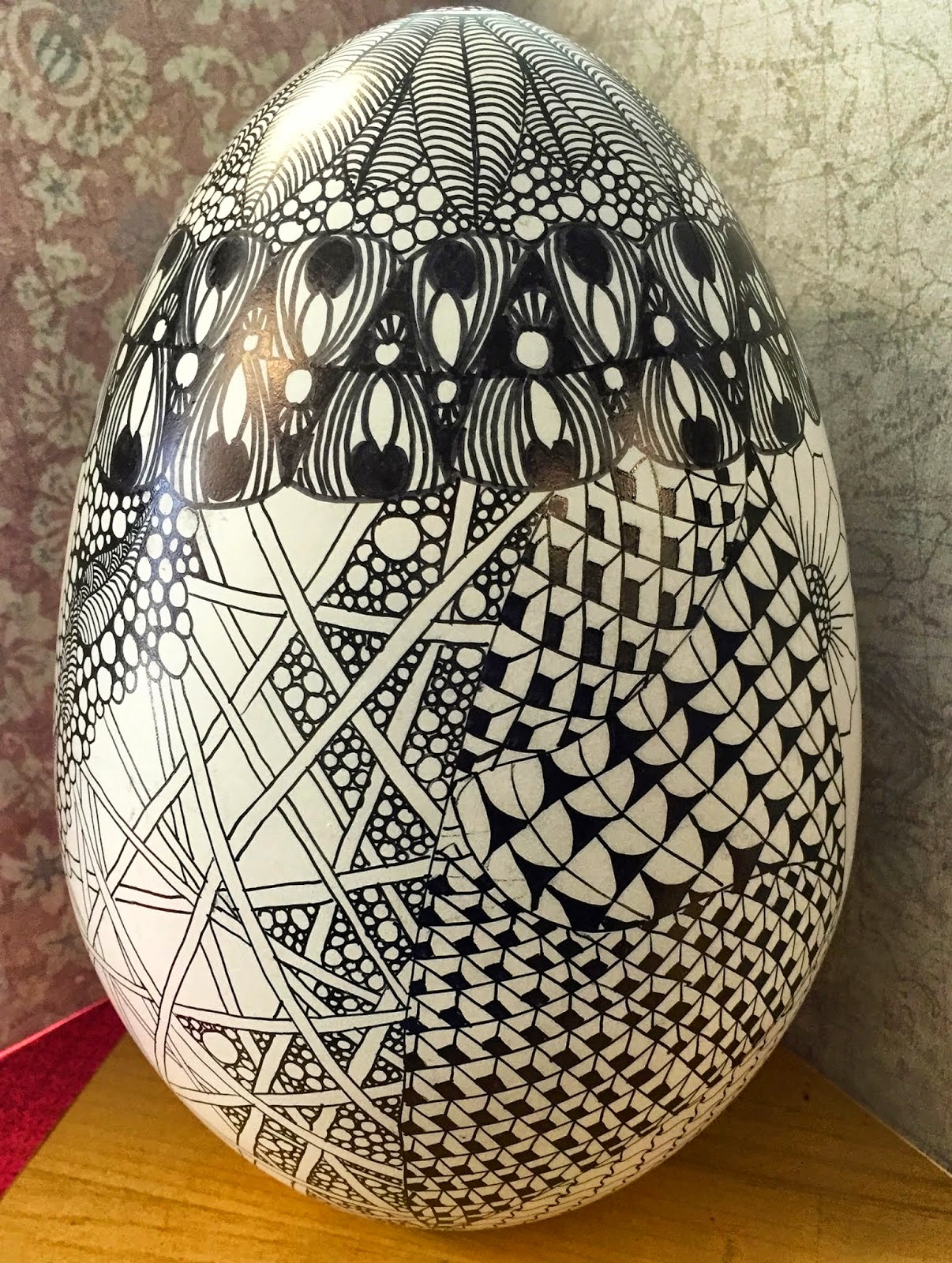 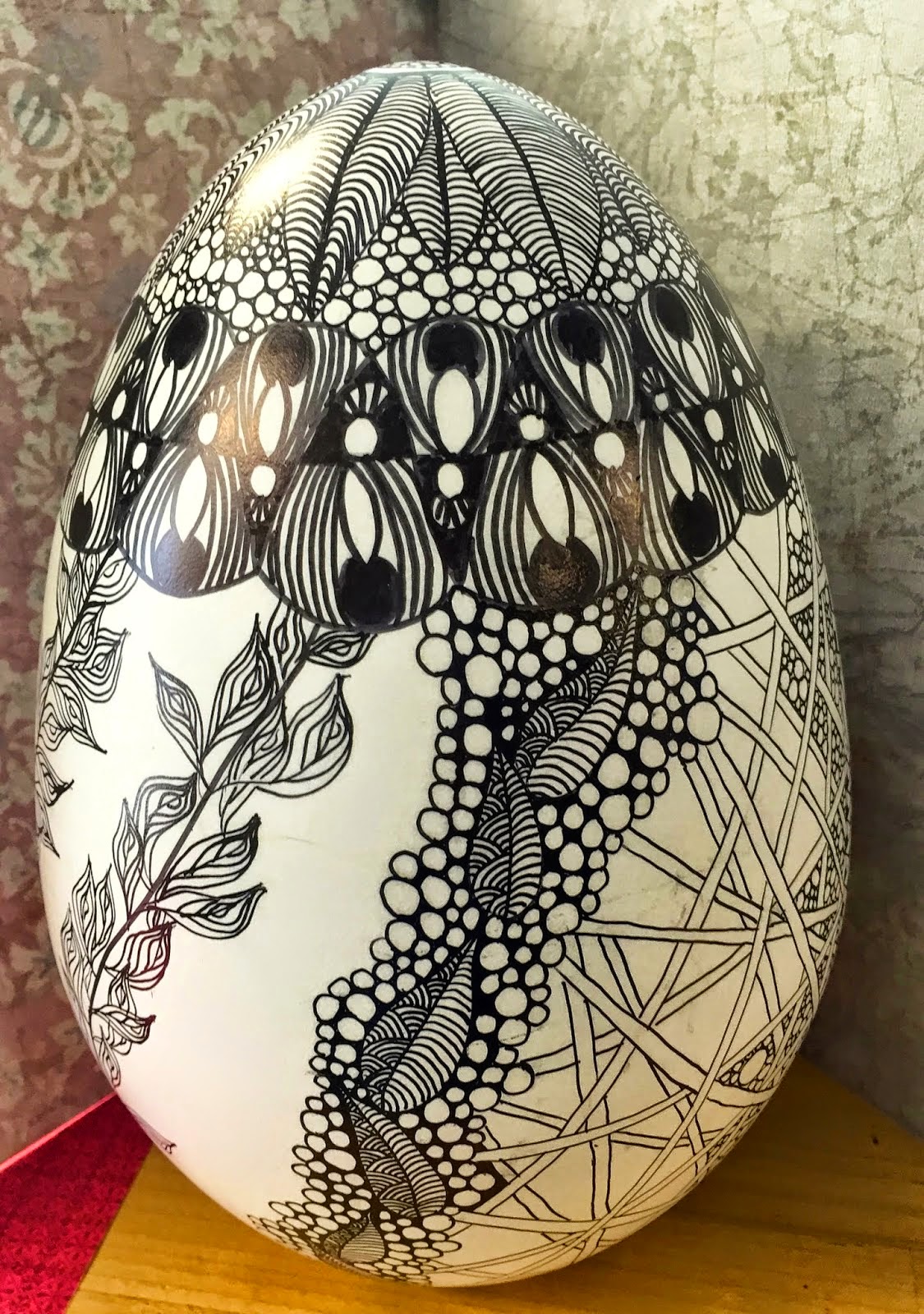 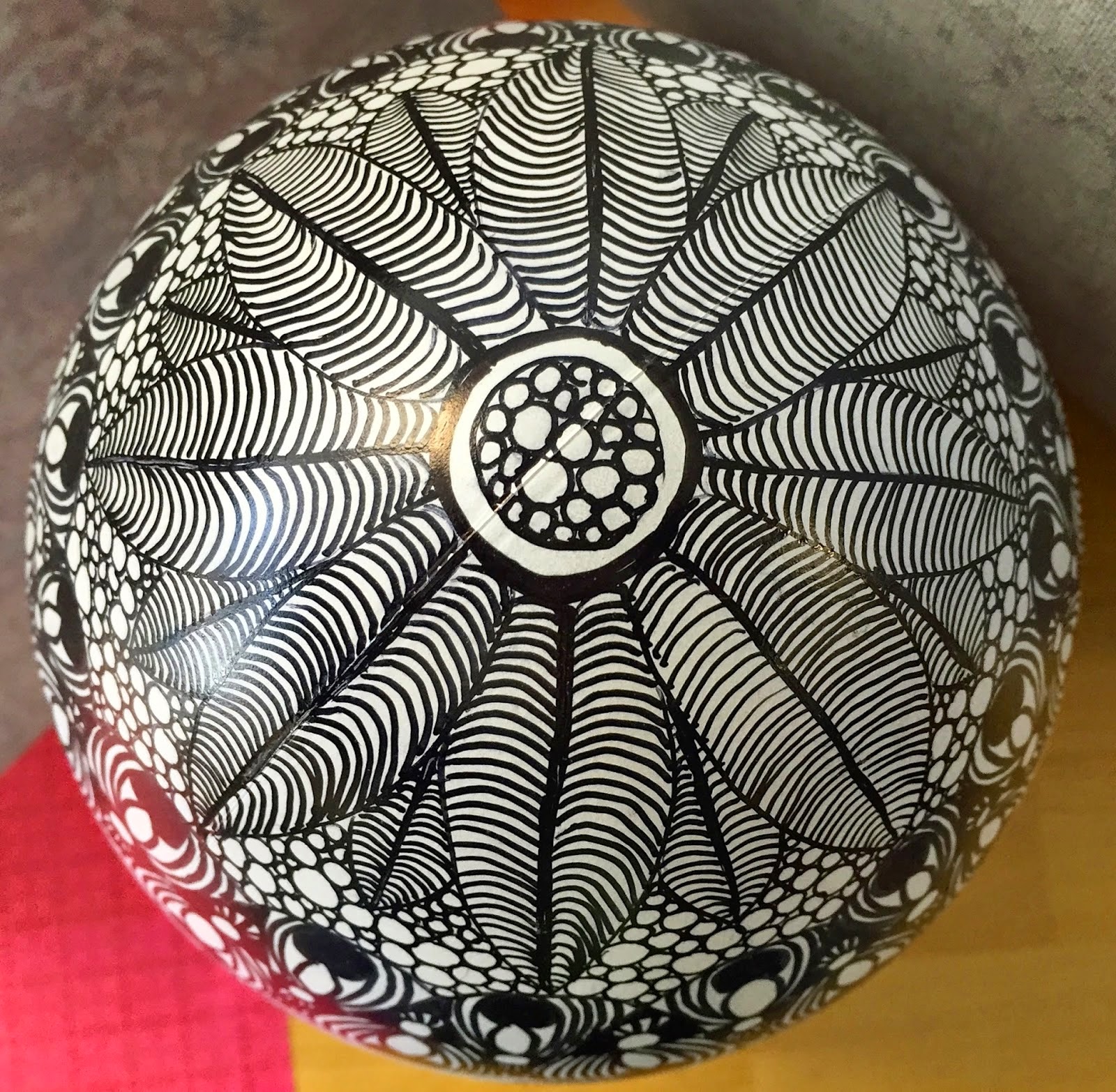 I used an Identipen (permanent ink pen from Sakura) and also a Sharpie Extra Fine Oil Based paint pen, both in black.  I really like the classic black and white look best.  The Sharpie paint pen was slightly more challenging in that it took longer to dry and I had to be careful to keep my hand out of what I had already drawn.  I liked it better though, because it made a finer line than the Identipen.  The Identipen was perfect for areas that needed to be colored in.  Another challenge is that the egg was...well...egg shaped, and also slippery to hold.  I had a lot of fun doing it though, and it made me itch for another tangle project.