I don't have a card for you today, but I have some adorable gnomes that I'm going to use as tags. These would also make great cards, and there are lots of samples online using them.


I made them with this adorable new die that I got from Simon Says Stamp. It's the cutest gnome, and the set has 2 dies: an outline and a detailed die. This is what he looks like, and there is a little one too, for those of you who have to have both (which I did); and there is a stencil as well.


I went looking for patterned paper to cut out this cutie, and then I realized that I have patterned paper that I made myself. The Mini Masterpiece master sheets! For those of you who haven't seen my previous posts about Mini Masterpieces, which is a creative technique from Sally Penley, you can see my previous posts here, here , here, here and here and there are more posts using them. The possibilities are endless with this technique of creating a master sheet using acrylic paints and markers. To learn more about Sally, and possibly take her class on this technique, go here to her website. You can contact her via her email about available classes. 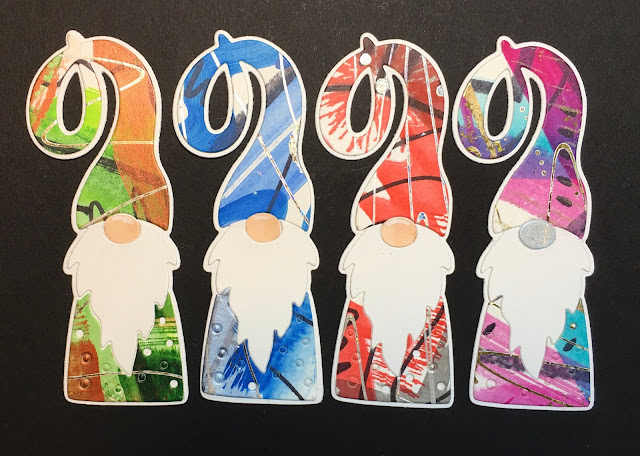 Here are some of the first ones I made, and I just love them! I could decorate them further, and put pearls or gems on them, but I just really like them just as they are. 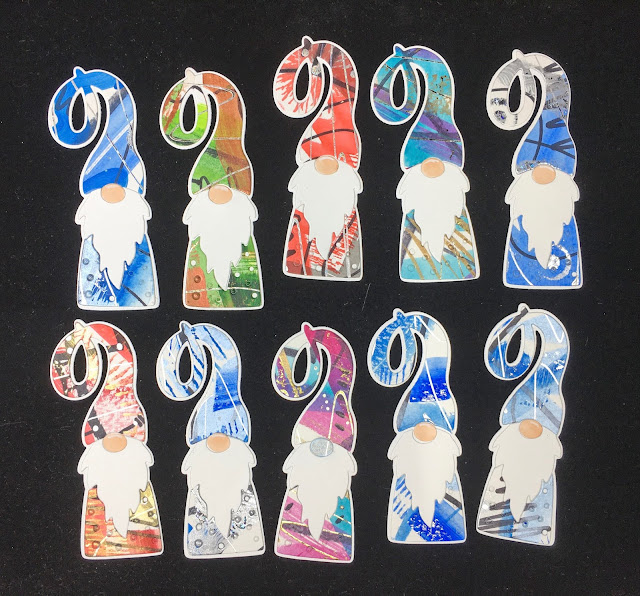 This is the first batch. I cut the detailed die from both white and Mini Masterpiece cardstock, and also cut white outlines to assemble the detailed pieces onto. For most of the noses, I used a nose cut from white cardstock, and colored them with an E11 Copic, with a little touch of white gel pen at the top. The exception is the one in the middle at the bottom. He has a blue nose, and it came from the Mini Masterpiece detail cut. I couldn't resist.

The more I looked at them, the more I wanted to use the beards that came from the Mini Masterpiece cut too. You know how some guys with beards decorate them for the holidays? I thought these gnomes could do the same. But I wanted the hat and robe to have less color, so the beards would stand out a little. 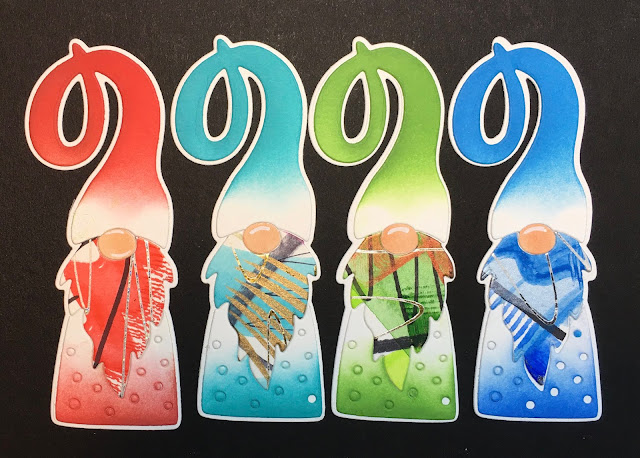 Here are some of the gnomes with the wildly colored beards! I love these too!

I used hats and robes from the white cardstock cut of the detailed die, and I colored them with Distress ink and blending brushes. I chose Distress inks that would most closely match the acrylic colors on the Mini Masterpieces. In blending the colors, I made them darker at the edges away from their beards, and faded the blending to white. I also thought I might add more decoration to these gnomes, like stamping or gems on their hats, but I really just like them as they are. 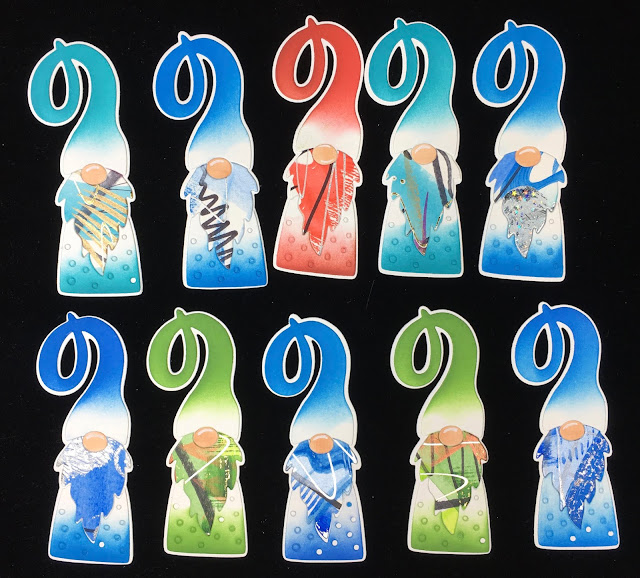 I made a dozen of each: the fancy beards and the white beards, but I have sent some away already. These are also super cute using Christmas patterned paper, and/or velvet paper (Pam Nelson's idea).

I hope you enjoy these, they were so much fun to make!